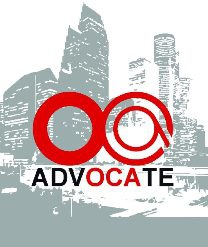 This event is FREE and open to the public and will showcase around 12 pieces that were either created by Asian Pacific Islander American (APIA) artists or tell the stories of APIAs.

1 p.m. – 5 p.m.
Location: STAGE Lounge & Live Music (9889 Bellaire Blvd, Houston, TX 77036)
POST-RACIAL
A screenwriter embarks on a quest to eliminate all racial stereotypes from his movie. As he struggles to

This event is FREE and open to the public and will showcase around 12 pieces that were either created by Asian Pacific Islander American (APIA) artists or tell the stories of APIAs.

1 p.m. – 5 p.m.
Location: STAGE Lounge & Live Music (9889 Bellaire Blvd, Houston, TX 77036)
POST-RACIAL
A screenwriter embarks on a quest to eliminate all racial stereotypes from his movie. As he struggles to make the necessary changes to his screenplay, fact and fiction collide to force him to reach a new realization.

THE OTHER SIDE (trailer: http://vimeo.com/53628517)
The Other Side is a character-driven drama that follows Sam, a young girl whose desire to help her family and find happiness leads her to flirt with the darker side of society. As Sam is quickly drawn into the seedy world of escorts and ecstasy, the line between right and wrong is greyed and she soon discovers that happiness has no dollar sign.

PANEL DISCUSSION: Local Insights into the Art of Filmmaking
Featuring Tengah Nguyen (THE OTHER SIDE) and Tim Tsai (POST-RACIAL)

SUNNY SQUARE (trailer: http://vimeo.com/59253053)
Romance between a convenience storeowner and a massage parlor girl turns sour after one of the pair is forced to choose between loyalty and responsibility.

THE LAUNDROMAT (trailer: http://vimeo.com/37093248)
Silence and shame rule the daily lives of many Asian American families, breeding bitterness, pain, and despair. In THE LAUNDROMAT the filmmaker embarks on a journey to discover if she and her friends can find freedom from painful cycles when they break tradition and share their stories.

BENNY (trailer: http://vimeo.com/31163251)
An overweight teenager revisits a friend from his past – now a personal fitness trainer.

BLEACHED (trailer: http://vimeo.com/17138437)
BLEACHED is a "dark" comedy set in San Francisco. It is the story of Lenny, a Filipino girl in high school. Her mother, a pageant queen past her prime, forces Lenny to use a bleaching cream to lighten the color of her skin in order to increase her cosmetic sales. Lenny reluctantly agrees to gain the approval of her mother, but in the process she loses herself and begins to believe and embody her mother's skewed sense of beauty. Lenny is forced to find herself again, and the result is hilarious and powerful.

6 p.m. – 10 p.m.
Location: Brilliart Films (10905 Bellaire Blvd., Suite C, Houston, TX 77072)
DELANO MANONGS  (trailer: http://vimeo.com/12448041)
DELANO MANONGS tells the story of farm labor organizer Larry Itliong and a group of Filipino farm workers who instigated one of the American farm labor movements finest hours The Delano Grape Strike of 1965 that brought about the creation of the United Farm Workers Union (UFW). While the movement is known for Cesar Chavez's leadership and considered a Chicano movement, Filipinos played a pivotal role. Filipino labor organizer, Larry Itliong, a cigar-chomping union veteran, organized a group of 1500 Filipinos to strike against the grape growers of Delano, California, beginning a collaboration between Filipinos, Chicanos and other ethnic workers that would go on for years.

PILGRIMAGE (trailer: https://www.youtube.com/watch?v=xb2k2AuoRvw)
PILGRIMAGE tells the inspiring story of how an abandoned WWII concentration camp for Japanese-Americans has been transformed into a symbol of retrospection and solidarity for people of all ages, races and nationalities in our post 9/11 world. PILGRIMAGE shows how the annual Manzanar Pilgrimage now has new meaning for diverse generations who realize that when the US government herded thousands of innocent Americans into what the government itself called concentration camps, it was failure of democracy that would affect all Americans.

HONOR & SACRIFICE (trailer: http://youtu.be/RuJkPlZJsU4)
HONOR & SACRIFICE tells the complex story of a Japanese immigrant family ripped apart by WWII. The Matsumoto family included five sons; two who fought for the Americans and three who fought for the Japanese. The eldest, Hiroshi (Roy), became a hero, fighting against the Japanese with Merrills Marauders, an American guerrilla unit in Burma. He was born near Los Angeles, educated in Japan, and became a hero when he used his Japanese language skills and military training to save his surrounded, starving battalion deep in the Burmese jungle. At the same time his parents and sisters were living in their familys ancestral home, Hiroshima. The story is told by Roy's daughter Karen as she discovers her father's work in military intelligence, kept secret for 50 years.

SOMEONE I USED TO KNOW (trailer: https://www.youtube.com/watch?v=_ngT–IiGdI)
When three childhood friends reunite for one midsummer night, their delirious abandon and reminiscence explode into a daring search for hope and deliverance from the burden of their dreams.

OCA-Greater Houston is funded in part by a grant from the City of Houston through Houston Arts Alliance.

If you are interested in volunteering with us, please visit: http://tinyurl.com/2014HAPAFFVolunteer.