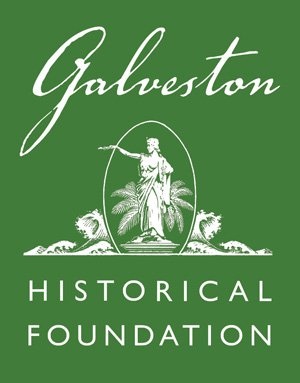 “The 2014 Historic Homes Tour is one of our strongest set of houses and properties in a number of years,” says Dwayne Jones, Galveston Historical Foundation’s Executive Director. “The range of dates and architectural styles

“The 2014 Historic Homes Tour is one of our strongest set of houses and properties in a number of years,” says Dwayne Jones, Galveston Historical Foundation’s Executive Director. “The range of dates and architectural styles provide an excellent overview of Galveston’s architectural history. It’s a “not to be missed” architectural tour.”

The 40th anniversary event also will highlight new island construction with two weekends of specially themed new homes. New construction with a reference to the historic architecture of Galveston Island is showcased the first weekend with ticket holders having the opportunity to visit select new homes in the award winning Beachtown development, where nationally recognized architects are inspired by Galveston’s rich architectural heritage.

Selected homes will also be available the second weekend that showcase new building focusing on green or environmental design. Homes Tour visitors will be able to view select townhomes at Evia as well as an additional, privately owned, residence recently certified LEED Platinum.

Homes featured on this year’s tour are listed below, as well as separately ticketed special events held in conjunction with this year’s event.

William Boepple is believed to have built this Greek Revival cottage on land he purchased from Valentine Poole. Poole purchased the house in 1872 which was later sold to John and Emma Jeanne Parker in 1935. Featured on GHF’s first Historic Homes Tour in 1975, Texas Historical Commission designated the Poole Parker Cottage a Recorded Texas Historic Landmark in 1980.

Thomas.J. Overmire’s most significant residential work is this grand-scaled, center-hall plan house. Designed for Julius Ruhl, bookkeeper for the Kaufmann & Runge Company, wholesale grocers and cotton exporters, the house is one of the most notable properties in the East End Historic District. The Ruhl family maintained ownership of the property until 1962.

German immigrants Adolph and Lena Nitsche built this Victorian style, two-story house next door to St. Paul’s German Presbyterian Church, to their east. During the 1900 storm, the Nitsche house was severely damaged. Lena was there alone, having been widowed a few months before. She oversaw repairs to the building in 1901 and lived there until her death in 1914.

August and Augusta Neumann, immigrants from Germany, built this high-raised Gulf Coast cottage in the working class area now known as the San Jacinto neighborhood. The couple came to Galveston in 1884, where August found work as a musician in the Galveston Beach Band. The cottage is a striking, but modest structure, fitting to the means of this young immigrant couple.

On September 10 1870, Augusta Fortmann married Henry B. Peters in Galveston. By 1880, she was a widow with three young children to support. She and her children resided with another widow, Ernestine Schulte, until 1893, when Augusta built twin Victorian townhouses on Ball Street. Augusta and her sons moved into 1821 and used 1823 as tenant property.

In 1905, Swedish immigrant Charles Theodore Suderman built this two-story Queen Anne house next door to his residence at 1819 Ball. Intended for use as a tenant property, the house features a hipped roof with an ornamental side gable offsetting double galleries adorned with decorative details.

Brick mason and English immigrant Thomas Lucas constructed his first apartment building, Lucas Row, in 1894. Situated on the corner of Broadway and Sixth Street facing the beach, the building was completely destroyed by the 1900 hurricane. Lucas salvaged the bricks and rebuilt on the site of his personal residence, taking six years to complete the project. Once completed, Lucas Terrace was advertised as being “superior” to all other apartments in the city.

Cotton exporter William C. Helmbrecht, and his wife, Marie, hired renowned Houston architect John Fanz Staub to design their new home on Avenue P in 1928. Raised in Tennessee and educated at the University of Tennessee and Massachusetts Institute of Technology, Staub arrived in Houston in 1921 and established his own firm in 1923. The Helmbrecht house features characteristics Staub was noted for; harmonious proportions, elegant detail, and fine materials.

May 2 – The Grand Preview – Antique Appraisals and Home Preview Evening
Held for one night and one night only, GHF’s 1940 Sears Building, at 2202 Broadway, will play host to an evening of champagne, hors d’oeuvres and appraisals of your personal historic items from 5:30 to 8:30 p.m. Licensed appraisers from Houston’s Simpson Gallery will be on hand to view and appraise your personal items during this special Homes Tour kickoff. Don’t have anything to appraise? The event will allow spectators to see for themselves the items on display. In addition, ticket holders will be able to tour the 1886 Adolph and Lena Nitsche House and the 1907-1908 Thomas Lucas Apartments in advance of Saturday’s Homes Tour start. Tickets are $55 and reservations are encouraged.

May 3 – History on Tap Dinner with Jason Hanin, Executive Chef of Number 13
Held at Beachtown, the first weekend’s History on Tap dinner features an exclusive opportunity to experience gulf coast living and fine dining. With a specially crafted menu by Chef Jason Hanin of Galveston’s Number 13 restaurant, participants will be treated to a welcome by GHF Executive Director Dwayne Jones and a private tour of the host Beachtown home, all in Beachtown’s picturesque setting. Tickets are $150 per person and seating is limited for this dinner.

May 10 – History on Tap Dinner with Mary Eisenhour Bass, Executive Chef of Haak Winery
The 1875 Julius and Elizabeth Ruhl House welcomes guests to this year’s second weekend History on Tap dinner. Enjoy an exclusive dinner with the owners of this year’s Homes Tour cover house complete with a private tour, welcome by GHF Executive Director Dwayne Jones, drinks and dinner prepared by Haak Winery’s Executive Chef, Mary Bass. Reservations are $150 per person and seating is limited.

May 11 – Second Sunday Jazz Brunch at Garten Verein
Enjoy a specially catered brunch complete with New Orleans style jazz, beginning at 9:30 a.m., in the 1880 Garten Verein. This historic German dancing pavilion is the perfect location for a head start on the final day of Homes Tour or a wonderful Mother’s Day surprise. Tickets are $50 and reservations are required.

Attraction Discounts
During the four days of the Homes Tour, ticket holders will be entitled to a $5 admission to the Bishop’s Palace, Historic Harbor Tour and Dolphin Watch aboard Seagull II and ELISSA at the Texas Seaport Museum. Galveston’s oldest surviving residence, the 1838 Menard House will be open Saturdays, May 3 and May 10 from 12 p.m. to 4 p.m. only with a $5 admission.

East End Shuttle Tours
Join Galveston Island Tours’ Matt Farragher as he guides you through a showcase of Galveston’s gorgeous buildings, churches and tree sculptures. Learn about the builders of these magnificent pieces of architecture as well as the history of the island. Tours will focus on the East End, Silk Stocking, Lost Bayou, and the Strand/Mechanic Historic Districts and last approximately one hour. The tour departs from 1892 Bishop’s Palace, 1402 Broadway and runs each day of the tour at 10 am, 12:30, 2:30 and 4:30 pm.

RENÈ WILEY NAMED 2014 GALVESTON HISTORIC HOMES TOUR ARTIST
The 40th anniversary of Galveston Historical Foundation’s Historic Homes Tour not only features nine fantastic island homes, it also will feature a special commemorative print (SEE BELOW) highlighting one of the island’s best known residences, the 1892 Walter and Josephine Gresham House, or as most know it, Bishop’s Palace. Prints will be available in three different sizes and in framed and unframed versions beginning Friday, May 2 at The Grand Preview kick-off.

Prints will also be for sale each day of the tour at selected tour stops, held the first two weekends in May, and Bishop’s Palace, 1402 Broadway.

“GHF is pleased to have local celebrity Rene Wiley as its guest artist for the 40th Historic Homes Tour,” says Dwayne Jones, Executive Director of Galveston Historical Foundation. “Her work is dynamic and brilliant as it captures the beauty of our architecture.”

“Long before the Gresham House was known as Bishop’s Palace, it was a home for a Galveston family. The architect and builder created a masterpiece that is an icon of Galveston’s Historic East End Neighborhood,” says artist Rene Wiley. “Fortunately for Galveston, in 2013 Galveston Historic Foundation acquired this outstanding historical structure. This home is truly a castle, but mostly a beloved home in a lovely neighborhood. I feel privileged to live and work in this same neighborhood.”

Details are available at www.galvestonhistory.org.

Galveston Historical Foundation members receive $15 tickets which can be purchased by calling 409-765-3405 or by visiting The Shop at The Palace, 1402 Broadway, Eighteen Seventy One, 2217 Strand or the Architectural Salvage Warehouse, 2202 Broadway. 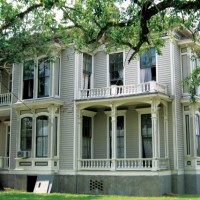 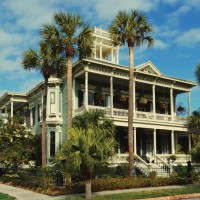 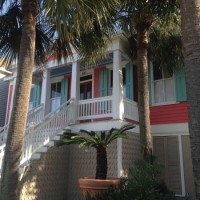 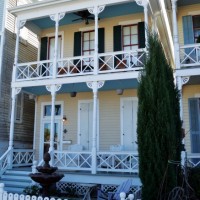 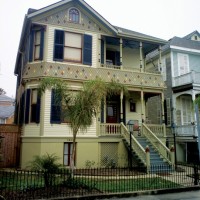 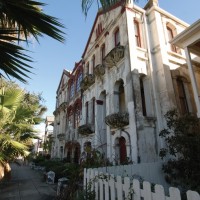