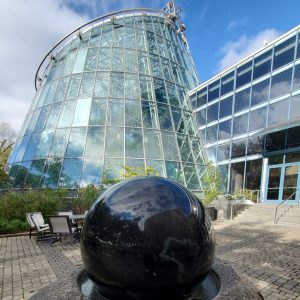 HOUSTON-Bulgari – jointly with the Houston Museum of Natural Science – is pleased to present Bulgari: 130 Years of Masterpieces, an exhibition of approximately 150 sizable pieces of jewelry from Bulgari's Heritage Collection, including masterpieces from the historical archives of the company headquarters in Rome or on loan from private collections.

This exclusive retrospective marks the first time the storied jeweler has showcased pieces representing every period since its Roman beginnings in 1884, making Bulgari: 130 Years of Masterpieces a once-in-a-lifetime event. The exhibition opens at

HOUSTON-Bulgari – jointly with the Houston Museum of Natural Science – is pleased to present Bulgari: 130 Years of Masterpieces, an exhibition of approximately 150 sizable pieces of jewelry from Bulgari's Heritage Collection, including masterpieces from the historical archives of the company headquarters in Rome or on loan from private collections.

This exclusive retrospective marks the first time the storied jeweler has showcased pieces representing every period since its Roman beginnings in 1884, making Bulgari: 130 Years of Masterpieces a once-in-a-lifetime event. The exhibition opens at the Houston Museum of Natural Science on May 2, 2014, and runs through October 5, 2014.

From his first jewelry shop in Rome, Greek silversmith Sotirio Bulgari pioneered a level of skill and vision that set the stage for audacious designs and distinctive style that would become known as the "Italian School" of jewelry design. After the company moved to its flagship store on the prestigious Via dei Condotti in Rome in 1905, Sartirio?s sons changed the spelling of the name to BVLGARI with the original Latin "V" of the family name. Inspired by the art and architecture of Ancient Greece and Rome, Bulgari would soon become synonymous with the Eternal City, evolutionizing jewelry design in the process.

"Because the Houston Museum of Natural Science is home to one the finest collections of natural gem crystals in the world, I have a deep appreciation for the quality and diversity of the gems that Bulgari uses when creating their jeweled masterpieces," says Joel A. Bartsch, president of the Houston Museum of Natural Science. "Equal parts art and science, historic and modern, Bulgari not only pays homage to the great masters of the past, they also continuously push the envelope in jewelry design and cutting-edge technology into the future when so many others are content to merely rest on their laurels."

Boasting distinctive shapes, fabulous stones, brilliant colors and unparalleled craftsmanship, Bulgari?s extraordinary designs have long attracted legions of strong, beautiful women. By the time the company opened its first U.S. Store in New York in 1971, it had long cemented its status as the preeminent jeweler to the stars.

Included in the Houston exhibition are pieces from the collection of Dame Elizabeth Taylor, who became almost as famous for her love of Bulgari jewels as for her on-screen triumphs. Other pieces in the exhibition belonged to or were worn by iconic women past and present, including Sophia Loren, Ingrid Bergman, Grace Kelly, Isabella Rossellini, Gina Lollobrigida, Anna Magnani, Juliette Binoche, Milla Jovovich, Jennifer Aniston, Claudia Schiffer, Elizabeth Hurley, Rachel Weisz, Meryl Streep and Julianne Moore.

Necklaces from two of Houston?s most celebrated icons will also be on loan for the exhibition; namely, Lynn Wyatt?s Bulgari necklace in white gold with yellow sapphire, lapis laguli and diamonds from 1975 that she says "could be worn with blue jeans or an evening gown," and Joanne King Herring?s necklace in sautoir in gold with diamonds from 1970 that she has worn to parties in the White House with six U.S. Presidents and lavish affairs with kings and queens around the world.

Also on display will be powerful motifs that have forged the Bulgari legend. Among these are the renowned Serpente and Monete collections, both examples of how mythologies of the past inspired Bulgari to translate them into a contemporary language that remains current and vibrant today.

The exhibition will also include evocative portraits of some of the world?s most famous women wearing Bulgari jewelry on-screen and off, as well as sketches and other archival materials that bring to life a fascinating intersection of celebrity, design and fine craftsmanship.

This exhibition is organized by the Houston Museum of Natural Science in collaboration with Bulgari. Local support is provided by Northern Trust.

About Bulgari
Today part of the LVMH Group, Bulgari was founded in Rome in 1884 as a jewelry shop and progressively imposed itself with its magnificent jewelry creations, emblems of Italian excellence. International success made the Company evolve into its current dimension as a global and diversified player in the luxury market, with a store network in the most exclusive shopping areas worldwide and a portfolio of products and services ranging from jewels and watches to accessories, perfumes and hotels.