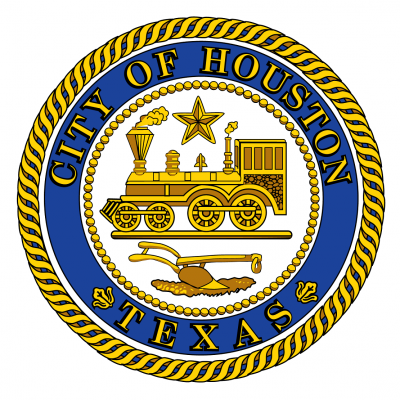 This year’s festivities include the Southwest Airlines Sky Stage, featuring vintage aircraft flyovers; the Walmart All-American Kids Zone, a children’s entertainment area with a stage featuring entertainment for young and old, alike; KBR Liberty Park brings military assets such as tanks and helicopters to the event

This year’s festivities include the Southwest Airlines Sky Stage, featuring vintage aircraft flyovers; the Walmart All-American Kids Zone, a children’s entertainment area with a stage featuring entertainment for young and old, alike; KBR Liberty Park brings military assets such as tanks and helicopters to the event along with all five branches of the military; the Bud Light Zone, featuring the All-American Beer Garden and a rockin’ good time; and the new Dr Pepper One of a Kind Zone, featuring all four Houston professional sports team set-ups, music, food, and a cooling area.  The event culminates with a Texas size concert featuring a national recording artist and one of the largest fireworks displays in the USA.

Bud Light Zone will feature a “Fun in the Sun, Summer Splash” theme!  Music, entertainment, and lounging in a beach-like atmosphere is what this zone is all about.

Visitors will be able to “cool off” and enjoy the music and fireworks at the Bud Light All American Beer Garden and Tikki Bar.

KBR Liberty Park "Symbols of Freedom" is a reminder of the patriotic roots of the Fourth of July, KBR Liberty Park will showcase historical military artifacts from the National United States Armed Forces Museum including a U.S. M-60 tank, armored vehicles and military jeeps.  All five military branches will be well represented.

Recruiters will be present from the Armed Services and Houston Fire & Police Departments.

Meet veterans from the National Sojourners, a group who supports all patriotic aims in Masonry.  In addition, they will present “Building The Flag,” to educate attendees about the evolution of the American flag and provide a free photo booth.

The Museum of Military History and the Museum of Printing History will exhibit historical documents and artifacts that have shaped our nation’s history.

Southwest Airlines Sky Stage – Southwest Airlines, the title sponsor, will also host the the Sky Stage featuring vintage aircraft from the Lone Star Flight Museum including a B-17 Flying Fortress, B-25 Mitchell and P-51 Mustangs making multiple flyovers throughout the festival.

Free rides and games such as Jungle Maze, Rockwall, Bungee Trampoline and more!

Educational outreach program provided by the Orange Show Center for Visionary Art will engage children with arts and crafts projects such as creating flags, miniature art cars, jewelry, and drawings.

Don’t forget, a huge fireworks show will wrap up the night. At the end the day, all heads will be looking up at the sky for the “Fireworks Finale” by Nation Waste!  This spectacular finale combines choreographed music and pyrotechnics that creates a memorable patriotic experience.

“We are excited because all three of these talented Nashville-based artists have selected Houston as one of their first stops for their solo careers,” said Mayor Annise D. Parker.

Chip Esten has performed for Her Majesty Queen Elizabeth and Prince Philip as well as for former President and Mrs. George H.W. Bush. His additional television credits include recurring roles on “Big Love,” “Enlightened,” “The Office” and “ER.” His film credits include “Swing Vote,” “Thirteen Days,” “61*” and “The Postman.”

Apart from the series, Esten and Bowen have been honored to perform at the Grand Ole Opry at the historic Ryman Auditorium.

Food and Beverages are available for purchase by CASH, ATMs available on site.