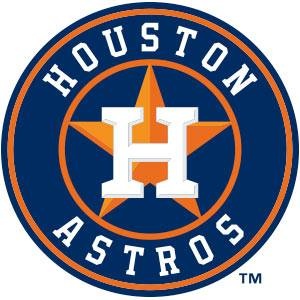 For more than a decade, MercyMe has spoken truth through music, reminding us that we are fearfully and wonderfully made beautiful in the image of a loving God. Whether you are in need of a simple escape, or know someone that is hurting, it is our hope

For more than a decade, MercyMe has spoken truth through music, reminding us that we are fearfully and wonderfully made beautiful in the image of a loving God. Whether you are in need of a simple escape, or know someone that is hurting, it is our hope that this Special Event will provide a sanctuary in the midst of the chaos that surrounds us, and that God would use MercyMe and their music to lead the city of Houston in a night of healing and restoration.

For the men of MercyMe ”Barry Graul (guitar), Robby Shaffer (drums), Mike Scheuchzer (guitar), Nathan Cochran (bass), Jim Bryson (keys) and Bart Millard (vocals) ”worshipping the Lord and leading others in His praise is very much a life-long calling. That commitment has guided the band through the creation of six independent projects and 6 albums as one of the flagship artists of INO Records.

MercyMe's beginnings can be traced back to Bart Millard's football-hungry hometown Greenville, Texas. "My dad and my older brother were both football players," Bart recalls, "so naturally, that's what I wanted to do as well. But I broke both my ankles in a high school football game and that ended my career. Our football practices took place during the school dayâ ”sort of a substitute for Phys. Ed. So since I couldn't dress out for practice, I had to move into another elective class, and choir was the only thing open at that point in the semester. I reluctantly joined the choir and as it turned out, I had a great choir teacher and also had a very encouraging music minister at my church, who both prodded me to get more involved, do solos and so forth."

During his freshman year of high school, Bart's father had contracted cancer, which five years later claimed his life during the first semester of Bart's college career. "I felt like I needed to get away, start fresh," remembers Bart. "My youth pastor had moved to Lakeland, Florida and asked me if I'd be interested in coming down there and working with his praise band. I moved there at the end of my first year of college. That was the first time I ever did anything with a bandâ ”just a local youth group who played for a Wednesday night service. But I fell in love with it immediately."

After becoming friends through a series of weekend youth conventions, Jim and Bart were picked to head a worship team that traveled to Europe in the summer of 1994. Their praise team was so well received that the duo began sensing the Lord leading them into full time musical ministry. Mike came on board in August 1994, and the three relocated to Jim's hometown of Oklahoma City becoming MercyMe.

In just a year's time, MercyMe was attracting the attention of local promoters. An opening stint for an Audio Adrenaline concert led to the band forging a friendship with AA manager Scott Brickell, now also filling that role for MercyMe. Bart says that at Brickell's encouragement, the band made its next major moveâ ”to Nashville. "It took almost a year to get a showcase arranged," recalls Bart. "When we finally did, we played at a little church for some label representatives and a few hundred kids. We basically played all the songs on our one little album. The kids demanded an encore and since we had been playing praise and worship songs for these youth conventions and camps, we went back and began to worship. As we left the stage a second time with all of them still singing the choruses, I think that was the very first time the band realized how important praise and worship was to us."

At the invitation of an evangelist friend in Dallas, MercyMe again moved, this time to Texas. Quickly, the band found itself playing as many as 200 dates in a year, with their musical focus on praise and worship with a modern rock/pop flair. "I could see a difference immediately after that showcase," affirms Bart. "We had always thought â you do a showcase, you sign a deal, you make records for the ccm market.' God made it clear the role MercyMe was to play was to help meet the growing hunger for praise and worship music."

Nathan, Robby and Barry have also been a vital part of the mission of MercyMe. "I think these are a tremendously talented group of guys," Bart enthuses, "but from the beginning, we've always said we know there are lots of talented musicians out there. But spiritually, it would be hard for me to find more godly men. I really believe all of us have been called to be worship leaders. Each of us has a unique gift that kids relate to in different ways."

Bart says that having enjoyed success as an independent act, it took an astonishing set of circumstances to convince MercyMe it needed to sign a major label deal. "We were literally fulfilling all the roles an artist usually hires outâ ”management, booking, marketing. We finally realized that we had played for nearly 200,000 people during 1999 and were selling albums at the same pace as many nationally known artists. Administratively, we were in over our heads to the point where we couldn't have CDs printed as fast as we were selling them. We knew we needed help in fulfilling what God had called MercyMe to do." So MercyMe began charting its future course with INO Records and Brickhouse Entertainment.

Now with 6 albums and over 13 years after their founding, the guys of MercyMe still find themselves passionate about leading people in worship and hope that their music will continue to direct people to Christ.

Single game ticket prices for the Astros range from $10-$180.

Your game ticket is also your ticket to the postgame concert and seating for the show is general admission*. The concert stage will be located on the first base warning track.

*Fans must sit in their ticketed seat during the game, but then may move into open seats following the game. Fans will not be permitted to move into seats they are not ticketed for until after the game.

The Faith and Family Night concert will begin after the 3:10pm game.