Please note, this event has expired.

Éliane Radigue (b. 1932) is a pioneering French composer of undulating continuous music marked by patient, virtually imperceptible transformations that purposefully unfold to reveal the intangible, radiant contents of minimal sound—its partials, harmonics, subharmonics and inherent distortions. As a student and assistant to musique concrète pioneers Pierre Schaeffer and Pierre Henry in the ‘50s and ‘60s, Radigue mastered tape

Éliane Radigue (b. 1932) is a pioneering French composer of undulating continuous music marked by patient, virtually imperceptible transformations that purposefully unfold to reveal the intangible, radiant contents of minimal sound—its partials, harmonics, subharmonics and inherent distortions. As a student and assistant to musique concrète pioneers Pierre Schaeffer and Pierre Henry in the ‘50s and ‘60s, Radigue mastered tape splicing techniques, but preferred the creation of fluid, delicately balanced feedback works to the spasmodic dissonance of her teachers’ music. Finding peers among minimalist composers in America, Radigue began working with synthesis in 1970, eventually discovering the ARP 2500 synthesizer, which she would use exclusively for her celebrated electronic works to come. With remarkable restraint, Radigue spent years on each piece, painstakingly assembling series of subtle, pulsating ARP recordings to be later mixed meticulously into hourlong suites of precise, perpetual mutation, including masterpieces Trilogie de la mort and Adnos I-III. In 2001, Radigue adapted an early feedback work to live performance on electric bass, Elemental II, and in 2004, with the encouragement of ongoing collaborator Charles Curtis, she permanently abandoned electronics for acoustic composition, beginning with Naldjorlak for solo cello, composed for Curtis. As within each individual work, Radigue has maintained an obstinate focus throughout the flow of her career, her dedication to the materiality of sound earning her numerous accolades and ensuring her place as one of the most important composers of our time.

Occam Ocean is an ongoing series of solo and ensemble pieces composed by Radigue for individual instrumentalists in which a performer’s personal performance technique and particular relationship to their instrument function as the compositional material of the piece. The “knights of the Occam,” as Radigue refers to the performers participating in the project, are therefore musicians who have developed individualistic, creative approaches to their instruments; and the resulting compositions are not transferable to other performers on that instrument. Citing the ocean as a calming antidote to the overwhelming nature of our vibratory wave-filled surroundings, Radigue has named the tributary components of her Occam series with the image of fluid water in mind. Solo pieces are Occams, duo pieces Rivers, and larger ensemble pieces Deltas. The process of combining or over-laying the solos as small ensemble pieces, with only minor adjustments in the solos themselves, recalls Radigue’s procedure in the early feedback works made as sound installations, in which individual feedback loops are to combined freely in slight non-synchronization such that combinations of loops rarely or never repeat. With the extreme simplicity of Occam’s razor, continuous pieces that are iridescent on their own achieve a new radiance of interacting pulsation in their River and Delta configurations. The Occam series began in 2011 with a solo for harpist Rhodri Davies and has continued steadily to the present, counting now well over fifty individual solos and ensemble pieces.

Dafne Vicente-Sandoval is a bassoon player who explores sound through improvisation, contemporary music performance and sound installations. Her instrumental approach is centered on the fragility of sound and its emergence within a given space by testing the threshold between instability and control. Her long-term collaborations with a handful of composers engaged in music that demands a high degree of critical interpretation have led to the creation of a significant catalogue of solo pieces including compositions by Klaus Lang, Jakob Ullmann, and Éliane Radigue. Acknowledged internationally as a performer of new and experimental music, cellist Charles Curtis has been associated with minimalist pioneer La Monte Young and Marina Zazeela since 1987, their intimate working relationship having yielded retroactive recalibrations of pieces like Young’s 1958 Trio for Strings. Curtis is also the first performer to collaborate with Éliane Radigue on a work for an unamplified, acoustic instrument without electronic support or accompaniment. This work, Naldjorlak, composed in 2004 and premiered in December 2005, is an hour-long, exhaustive enquiry into the inherent resonating properties of the cello.

Rhodri Davies is an improvising harpist who confronts traditional concepts of the harp through his use of preparations, detuned, bowed, and e-bowed strings. One of the most prominent members of the London reductionist school of improvised music, new pieces for solo harp have been composed for him by Philip Corner and Yasunao Tone, in addition to Éliane Radigue.

Robin Hayward is a tuba player and composer who has introduced radical playing techniques to brass instruments, initially through the discovery of the ‘noise-valve’ and later through the development of the first fully microtonal tuba in 2009. In 2012 he invented the Hayward Tuning Vine, partly out of a desire to visualise the harmonic space implicit within the microtonal tuba, and began working on a solo tuba piece with Éliane Radigue, which became Occam XI. Other composer collaborations include Christian Wolff and Alvin Lucier.

General seating. Pay what you can/pay what you will. Everyone under 18 gets in for free. 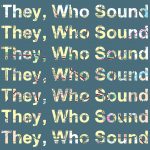 Nameless Sound and Lawndale present They, Who Sound Special Delivery