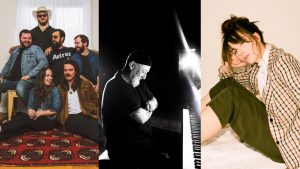 The Cultural Service of the French Embassy in Houston and the Texan-French Alliance for the Arts (TFAA) present the 2020 French Cultures Festival taking place throughout the month of March in Texas, Oklahoma and Arkansas. The event aims to celebrate French language through cultural and educational events throughout the three states.

In addition to the live music performances, concert attendees will have the opportunity to taste an exclusive selection of gourmet dishes from France and francophone countries (crêpes, quiches, pastries and other delicacies).