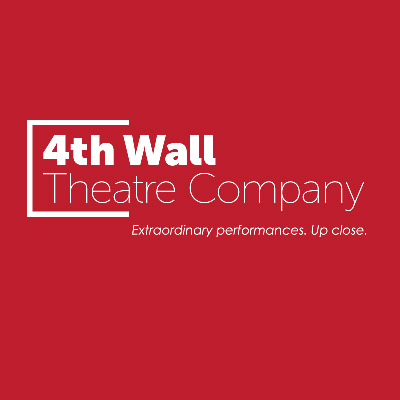 Stark Naked Theatre Company concludes its third season with a compelling production of one of William Shakespeare’s most fascinating plays, The Winter’s Tale.   Directed by acclaimed Houston actor/director Philip Lehl, The Winter’s Tale previews May 1st, opens on May 2nd, and runs May 8th through May 16th, 2014. Performances will be held at Stark Naked’s STUDIO 101, located at Spring Street Studios, 1824 Spring Street, Houston, Texas, 77007.

Due to family issues, actor David Wald is no longer a part of Stark Naked Theatre's upcoming production of THE WINTER'S TALE.   To address this unforeseen circumstance, Director Philip Lehl will assume the role of Leontes, and the play's opening weekend is postponed by one week.  THE WINTER'S TALE will now open on Thursday, May 8th, at 7:30 p.m.

A romantic drama with strong comedic elements, The Winter’s Tale is, at its essence, a mesmerizing commentary on both the destructive and redemptive powers of love.

Following the resounding success of Stark Naked’s Macbeth, a unique pre-production planning effort for the theatre’s second Shakespeare offering began in earnest last fall.  Lehl, along with co-Artistic Director Kim Tobin, assembled a creative team to collaboratively identify which of Shakespeare’s works would be best showcased with a bare bones, minimalist design aesthetic in the intimate setting of STUDIO 101.

Lehl and Tobin’s intention?  To strip away a production’s non-essential layers, thereby emphasizing Shakespeare’s text, and allowing the actors—as well as the audience—to be truly immersed in the Bard’s timeless storytelling.

As the Houston Press recently noted, “Reading the Bard is no substitute for watching talented performers put him across with masterful flair and conviction. Knotty phrases that can seem so impenetrable on the page are rendered clear and clean when Stark Naked's ensemble sinks their skills into them. The Jacobean dust of centuries past is blown away, and Shakespeare is brought smack into our life, vivid and immediate.”

Selected as Stark Naked Theatre’s first bare bones Shakespeare production, The Winter’s Tale is an epic story spanning 16 years and two generations.  The play revolves around King Leontes of Sicilia, who allows his tremendous love for his wife Hermione to devolve into obsessive jealously.  Suspicious that Hermione is having an affair with his longstanding best friend, Polixenes, Leontes’ reason and sound judgment become consumed by thoughts of betrayal.  And when Leontes uses his power as King to exact the ultimate revenge, tragic consequences ensue.

Cast and Creative Team for The Winter’s Tale:

Philip Lehl (Director) is a Houston-based actor, director, and teacher.  Co-Founder and co-Artistic Director of Stark Naked Theatre Company, Philip has appeared in the company’s productions of Faith Healer, MacBeth, Dinner With Friends and Debt Collectors.  As a director, Philip’s productions include: Body Awareness (at Stark Naked Theatre), Almost, Maine and Reckless (with Brave Dog Theatre), Art (at Generations), Ferdinand the Bull (at Stages Repertory Theatre), On the Town (co-director, Bayou City Concert Musicals) and Debt Collectors (co-director, Stark Naked Theatre Company).  On Broadway, Philip’s acting credits include roles in Blood Brothers and The Kentucky Cycle, the Off-Broadway production of Hundreds of Hats as well as the first National Tour of Titanic, the Musical.

Since arriving in Texas in 2001, Philip has been a mainstay of the Houston theatre scene, and his extensive list of credits includes: Oh, the Humanity, Yankee Tavern, I Am My Own Wife, Mr. Marmalade, Lady, Souvenir, Amy’s View, The Pavilion, and Dirty Blonde with Stages Repertory Theatre; over thirty productions (and former resident company member) with the Alley Theatre, including:  Clybourne Park, The Pillowman, The Farnsworth Invention, Eurydice, The Crucible, The Exonerated, Our Lady of 121st Street, The Mousetrap, Hamlet and The Invention of Love; Main Street Theatre’s Arcadia; as well as King John, Romeo and Juliet, Love’s Labour’s Lost, Julius Caesar, and Cymbeline with the Houston Shakespeare Festival.

As a current member of the Classical Theatre Company’s resident acting company, Philip has appeared in productions of Ghosts, The Tempest, Uncle Vanya, and The Merchant of Venice.  With Theatre-Under-The-Stars (TUTS), Philip has appeared in A Wonderful Life, The Sound of Music, and one memorable performance as Henry Higgins in My Fair Lady. Other productions include: Our Town, Bat Boy, and Spring Awakening with Generations; Turn of the Screw at Unity Theatre, as well as several productions with the Bayou City Concert Musicals (BCCM), including:  On the Town, Fiorello, Assassins, and She Loves Me.

Luis Galindo (Polixenes) is thrilled and grateful to be making his debut with Stark Naked Theatre Company. Luis is an ensemble member of the Independent Shakespeare Company (ISC) of Los Angeles, and a member of Company of Angels, also in LA.  Previously an instructor of acting at the New York Film Academy (LA branch) and a guest artist/lecturer at Tulane University, Luis is currently an adjunct professor at Alvin Community College.

Regional productions:  Lord/Senator (Othello), Edwin (Our Lady of 121st St.), Boy (understudy) in The Play About the Baby – directed by Edward Albee, Parker/Harris (Gross Indecency), Merchant 1-2 (Comedy of Errors), and Wilkins (A Christmas Carol) – all at the Alley Theatre; with Stages Repertory Theatre:  Henry (Failure: A Love Story) and Faustus (Wittenberg); with Hartford Stage: Zelger (The Band's Visit); with Montana Shakespeare Company:  Kent (King Lear) and Angelo (Comedy of Errors); and with the Houston Shakespeare Festival:  France (King Lear) and Valentine (Two Gentlemen of Verona).  Television:  Walker, TX Ranger and Blood Relatives.  Film: Vagrant in The Carrier and El Jeffe in Crossies.  Luis obtained his MFA from the University of Delaware’s Professional Theatre Training Program, and is the author of a collection of poems called Electric Rats in a Neon Gutter: Poems, Songs and Stories (available at Amazon and Barnes & Noble Nook).