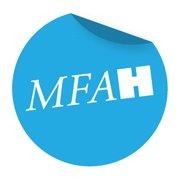 The Museum of Fine Arts, Houston, in partnership with Chamber Music Houston, presents A Musical Homage to Sargent by Trio SLAVA to complement the exhibition John Singer Sargent: The Watercolors Sunday, May 4 at 7pm.

Though celebrated most often as a portrait painter of rulers and the upper-class in both Europe and the United States, Sargent (1856–1925) was unsurpassed in his use of watercolors. His watercolors are intimate and personal, a means to explore sunlight and shadow and to capture his vision of Venice and the Mediterranean coast, villa gardens, and marble quarries.

A truly international artist, John Singer Sargent was a prolific portraitist, while also displaying familiarity with Impressionism, and having a painting facility with the rarest of qualities. This musical homage to Sargent reflects in spirit and style the elegance of Sargent's work, his love of Spanish flair and of course, the Romantic grandeur of Edwardian society.

Trio SLAVA (pictured) —including Lachezar Kostov (piano), Viktor Valkov (cello), and Oleg Sulyga (violin)—has selected music for elegance, style, and flair that typifies works of art by John Singer Sargent by composers contemporary with Sargent—except Rodion Shchedrin (born 1932), who is alive and well and living in Russia. But Shchedrin’s composition is based on music by Isaac Albeniz (1860–1909), a Spanish composer contemporary with Sargent, who had a special love for Spanish music.

With the opening piece, Bridge's early and hyper-romantic Phantasie in C Minor for Piano Trio, audiences will be able to connect with the musical style of the first decade of 20th century London. The lush and powerful harmonic language of Frank Bridge makes this work a deep emotional journey in which every instrument has its own particular voice.

Following, the lovely Salut d'amour by Bridge's famous contemporary Sir Edward Elgar will feature violinist Oleg Sulyga, who will also perform Imitating Albeniz by Russian Rodion Shchedrin. Shchedrin wrote this work as a tribute to Isaac Albeniz, one of the main Spanish composers of the early 20th century, also active in France. Shchedrin's rendition of a tango, in the style of Albeniz, is full of aching dissonances, and irregular phrases.

The Kostov-Valkov Duo will then perform Martinu's virtuosic Rossini Variations – written on the same theme used by Nikolo Paganini 100 years earlier, this work has become a milestone of the contemporary repertoire for cello and piano – it is full of surprises, rhythmic variety, and incredible vigor.

The concert closes with a rarely heard piano trio by Catalan composer and cellist Gaspar Cassado. The Trio is a true masterwork, and its exuberance is captivating. Cassado is able to achieve a fine balance between the instruments, while also calling for the highest level of virtuosity, imagination, and power from the three performers.

Special Pre-Concert Tour
Before the concert, a docent-led tour explores highlights of the exhibition John Singer Sargent: The Watercolors. Those concert-goers interested in attending the tour are encouraged to purchase exhibition tickets ahead of time, either online or at the door, and convene in the lobby of the Audrey Jones Beck Building before 6 p.m.

$15 for Museum members and CMH members
$18 for nonmembers

Special Pre-Concert Tour
Before the concert, a docent-led tour explores highlights of the exhibition John Singer Sargent: The Watercolors. Those concert-goers interested in attending the tour are encouraged to purchase exhibition tickets ahead of time, either online or at the door, and convene in the lobby of the Audrey Jones Beck Building before 6 p.m.