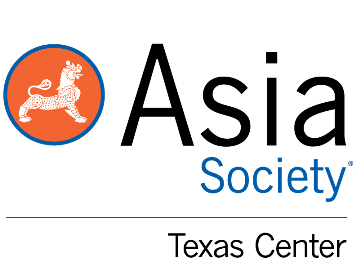 India is "rising" and "shining" — but is it doing so as quickly or as brightly as it should? There is mounting frustration, in India and overseas, that the burst of economic liberalization of the 1990s and the rapid growth in the first decade of this century have given way to deadlock and complacency. But over the next decade, India has an opportunity to show the rest of the developing world how open, democratic societies can achieve growth and prosperity.

What is India's true potential? And what can be done to unlock it?

The book and this panel event will offer an inside-out and outside-in perspective on how an alternative emerging market economic model like India's — a culturally and geographically complex, and politically colorful society — can achieve high growth, economic stability, shared prosperity, and environmental sustainability.

Vishakha N. Desai
Vishakha N. Desai is President Emerita of Asia Society, a nonprofit organization committed to strengthening partnerships among the people, leaders, and institutions of Asia and the United States. She currently serves as Special Advisor for Global Affairs to the President of Columbia University and Professor of Practice at its School of International and Public Affairs. She is also Senior Advisor for Global Policy and Programs, to the Solomon R. Guggenheim Foundation.

Ed Emmett
Ed Emmett has been the Harris County Judge since 2007, and previously spent four terms as a Harris Council State Representative. He is a recognized expert on transportation policy.

Patrick French
Patrick French is a British writer and historian based in London. He has authored several books including India: A Portrait, an intimate biography of 1.2 billion people.

Barnik Maitra
Barnik Maitra is a Partner at McKinsey & Company's Mumbai office and leads the Strategy & Corporate Finance practice for the firm in India. He is passionate about helping companies globalize and building the next generation of leaders in client organizations.

Drayton McLane
Drayton McLane is the chairman of the McLane Group. Formerly he owned and was CEO of the Houston Astros. He is actively involved in civic and charitable activities.

Adil Zainulbhai
Adil Zainulbhai is the chairman of McKinsey India. In his 33 years at the company he has advised leading CEOs and government agencies, and focused on helping Indian companies meet their growth aspirations and become successful globally.

Parking:
Asia Society’s parking lot is located directly across the building on Southmore Boulevard. Enter from either Caroline Street or Austin Street.
1-24 hours: $5.00 (credit/debit card only)
Prepaid parking is available to Patrons attending programs. Please see the parking section in our ticketing policies for more information.
The Texas Center is a five-minute walk from the Museum District METRO Rail Station.