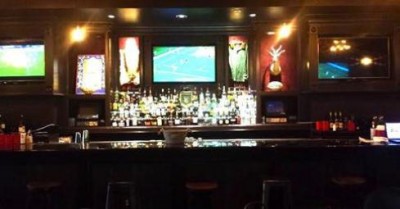 Join Springbok Rugby Pub for the world's biggest sporting event as they host viewing parties for the duration of the 2014 FIFA World Cup. Starting Thursday, June 12 at 3pm.

Post up at Springbok’s expansive downstairs bar and enjoy drink specials ($5 wells and $1 off beers) while grazing on a variety of bar bites from Chef Seth Greenberg. Get a traditional South African experience and try a shandy, available in a variety of seasonal flavors.

"The kitchen won't be be open until the place officially debuts [in late June], but in the meantime, there is a preview in the works. Since Springbok is named after the South Africa national rugby union, and since it will double as a sports bar—with a giant plasma screen visible from the first-floor lounge and bar area as well as the second-floor balcony—it makes sense that the owner has acquiesced in some soccer fans' requests that they open the bar in time for the World Cup. So, the bar at this upcoming establishment will host locals this Thursday at 3 p.m. with the World Cup games showing on all 10 screens. Drinks and light bites will be available." — Darla Guillen, houston.eater.com